Never Heard of Truist? This Bank Stock Could Rise Up to 30%

-6th biggest US bank that few have heard of; born of a merger of 2 strong, large regionals
-Low interest rates, COVID-19 have delayed merger synergies, raised loan loss fears
-Footprint in fast growing Southeast; As economy recovers, stock could rise up to 30%

What is Truist Financial (TFC) you might ask? It is the ungainly new name of a promising merger between the old BB&T and SunTrust, each of them well-known, big regional banks. The deal closed last December and the resulting entity has some 3,000 branches, mostly in the fast-growing southeast US, and assets of $504 billion, making it the sixth biggest bank in the US. 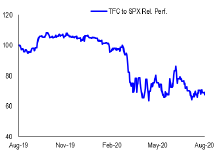 I forgive that name change, because I do think it’s a relatively cheap stock, a well-run bank with a good track record, and one worth examining closer, particularly if you need a little financial ballast in your portfolio. Both predecessor banks were among the faster growing regional banks in the US.   Unlike the broad market, now near its all-time highs, Truist shares since the March lows are around $38—up from $24 at the low—but nowhere near the $55 previous pre-coronavirus (COVID-19) high.  If our view is right, the stock can approach $50, up to a 30% rise.

Here’s what I believe the market is concerned with. First, banks generally aren’t popular, as I’ve written before. On an industry level, interest rates continue to be low and will likely stay that way for a while, continuing to pressure net interest income margins for the foreseeable future. While this is not to be ignored, TFC has been dealing with this for years and their results have been strong. We’ll get to that. This is a legitimate issue, but I don’t think investors should be unduly concerned.

As is the case with most other companies, COVID-19 hit TFC’s 2020 results, mainly on the reduced business and branch activity in the U.S.—loans, insurance, etc.—and the stock also suffers from worries about future loan losses and nonperforming assets. Again, this is not particular to TFC. More on this too below. Thirdly, and perhaps most importantly, because the stock fell sharply on the news, the bank said Jan. 30 that it would reach 30% of its expected $1.6 billion merger-related savings in 2020, instead of the 50% target.

That represents significant cost savings. However, I think they will eventually come and investors should consider that.  Truist chairman and CEO Kelly King said he was still confident in the bank’s ability to fully realize the anticipated cost savings by its original target of 2022. Given the company’s strong track record of cost cuts and good efficiency ratios, I believe it. In the second quarter of 2020, the efficiency ratio was a robust 55.8%, up from 55.1% in the year ago quarter.

One thing well run banks—like TFC—have been able to rely on in this extraordinarily low rate environment is self-help, so investors were upset with that. Much of this, however, can be blamed on regulators, who asked the bank to defer closing 740 branches that are within 2 miles of one another until one year after the deal closes.

TFC’s footprint is in the fastest growing part of the US by far, says a bullish Joe Terril, who runs money manager Terril & Co., which owns TFC shares for clients. “If you believe that we are going to come out of the other side of this virus, then this is the epitome of stocks to like.”

If COVID-19 goes away as a serious problem, TFC should resume its growth. However, if COVID-19 has changed the world permanently, then the trend of folks moving to low tax, warm weather states, like Texas and South Caroline and Florida will intensify, Terril notes, and TFC home and business loans will grow faster than investors think. According to the Bureau of Economic Analysis, the southeast region plus Texas, the footprint of TFC’s banks, make up about 30% of US GDP and as of the fourth quarter—pre-COVID-19—nearly all the states included were growing faster than the US. Besides banking, TFC has a fast-growing insurance business: property, life, employee benefits, title, professional liability; and wealth management and capital markets.

In the virus-afflicted second quarter, revenue rose to $5.9 billion from $5.6 billion in the first quarter, the first full period of the merged company.  The net interest margin, however, fell 45 basis points to 3.13%, from the first quarter. Half of that is attributable to COVID-19 and one-time reserve or accounting changes. Moreover, it was partially offset by an 8.1% sequential quarter increase in average earning assets. The bank is introducing measures to combat this. Nothing new here.

Additionally, Terril likes the growing and more stable non-interest related income, like fees, now 41.3% of the bank’s total income vs 34.9% in 1Q and 38.6% in 4Q19. Fee income is benefitting from robust capital markets and residential mortgage performance as well as record insurance income. The balance sheet is robust, too, with coverage of nonperforming loans and leases at 5.24 times, he says. TFC continues to lower its cost of capital.

TFC’s valuation is relatively cheap compared to its history.  It trades at about 11 times consensus 2021 EPS of $3.26, compared to a median of 12-13 times. However, Terril says $4 per share—about what it earned in 2018 pre-merger—is achievable in 2022, and something investors will be looking at 12 months from now.  He applies a 12.5 PE to that to come up with a $50 per share valuation. It trades at about 0.8 of book value, versus a mean of 1.2 times. TFC sports a robust balance sheet with strong capital ratios and a nearly 5% dividend.  “What’s not to like?” He says, and I agree.

Where I could be wrong: In the event TFC’s synergies don’t materialize as expected, the stock will likely suffer.

Bottom Line:  TFC stock represents a chance to buy a well-run, large US bank with a good track record at a low valuation.  As things return to normal, and TFC effects synergies, the valuation should re-approach the historical mean. 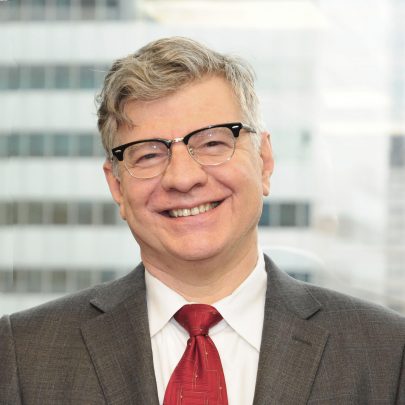